The Show opened in a very hype way with the lights off and fans chanting “NXT”. A live performance by the band Cane Hill and a video package playing behind them boosted the hype. 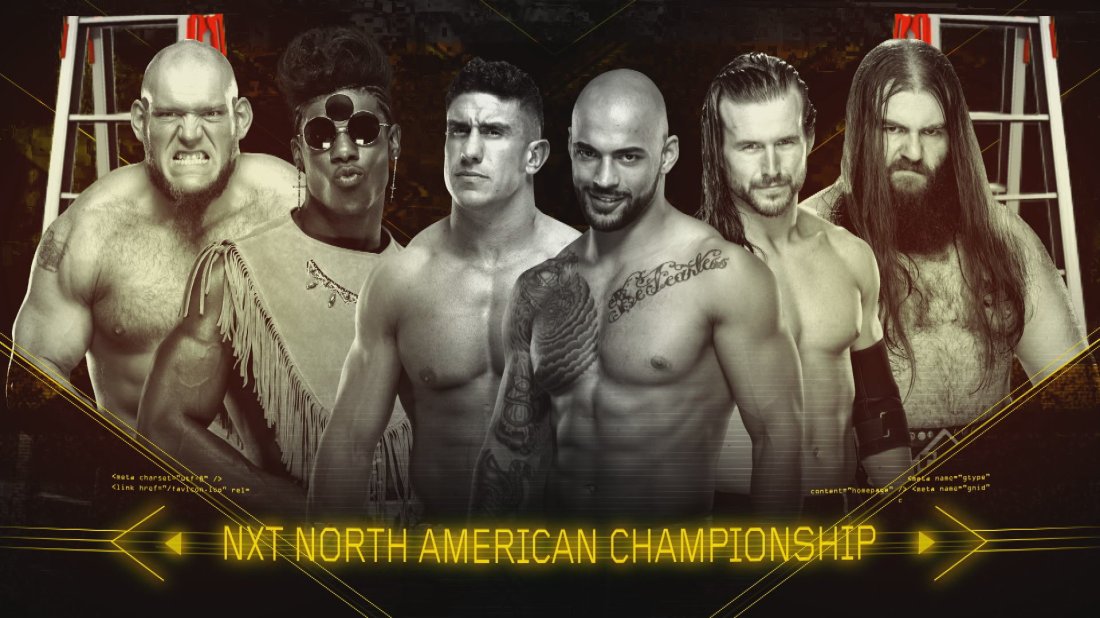 This match was really, really great. It had multiple stories like Dain and Sullivan’s brutal feud, Velveteen Dream’s willingness to do whatever to win it all and Ricochet and Ec3’s debut match. Overall, though this was a spotfest with multiple ladders broken, Ricochet’s flippy shit and Velveteen Dream diving off of ladders. In my opinion, this is the best ladder match in NXT history and the best wrestling ladder match since The Hardy’s vs. The Young Bucks in ROH last Wrestlemania Weekend. *****

At its core, this match felt like a pro wrestling vs. MMA clash. Submission sequences by Baszler vs the flying offense of moon. Over time, Moon turned the tables and started working the arm of Baszler. My favorite spot of the match was when Baszler left the ring and repeatedly jammed her arm into the post to relocate her shoulder, this spot felt like a brutal actual fight moment. This match broke the boundaries of what a pro wrestling match in WWE normally is. ****

This match was Adam Cole’s second match after the brutal ladder match earlier. Very early on, the Authors of Pain powerbomb Adam Cole through an announce table taking him out for the rest of the match. After that, Authors of Pain dominate Strong and Dunne for a little bit slowing down the pace and killing the crowd’s momentum. Once Kyle O’Reilly got going though he did some very unique spots with Dunne and AOP and he took most of the heat in this match. Pete Dunne hits the Bitter End on Kyle O’Reilly and as it looks like he’s about to pull off the win, Roderick Strong attacks, hits the End of Heartache and puts Kyle O’Reilly over Dunne for the Undisputed ERA victory. ***1/2

Andrade “Cien” Almas vs. Aleister Black for the NXT Championship

This was some really smart wrestling. Almas continues to amaze and was, in my opinion, the greatest NXT Champion of all time every match he’s been in was meaningful and great. This was a rematch from NXT Takeover Orlando and this match was much better as both wrestlers have come into their own since then. This had some hard strikes from both men and some very believable near falls. Most of those near falls came when Zelina Vega got involved. In the end, Vega dives into the ring, Almas catches her and Black hits the Black Mass for the win and the championship. ****1/2

Johnny Gargano vs. Tomasso Ciampa in an Unsanctioned match for Johnny’s NXT Career

My favorite thing about wrestling is when they mix stories with great spots, that to me constitutes a 5-star match. This match has been 322 days in the making since NXT Takeover Chicago. Johnny Gargano’s anger felt genuine as his career was ripped from him by the returning Ciampa. This was Ciampa’s first match since 322 days ago which made this feel fresh. This match started slow but really picked up. Brutal spots like the sunset bomb to the exposed concrete, the suplex off the announce table by Ciampa and the hard strikes. Tomasso takes crutches from a fan in the crowd and both men get attacked by the crutches. The crutches symbolized Ciampa’s injury and the end of the match centered around that. Gargano breaks the crutch to get a sharp end and looks like he’s about to kill Ciampa with it, he hesitates backs down and sits next to Ciampa. Ciampa tries to capitalize but Gargano catches him in a Gargano escape with the crutch for the tap out victory. *****

Personal Review: This will go down as one of the best ever Takeovers and this had 3 certified instant classics in Gargano vs. Ciampa, The North American Ladder Match and Black vs. Almas. This show proved that NXT isn’t as much WWE’s developmental brand but WWE successfully attempting to provide hardcore fans content that they won’t complain about.