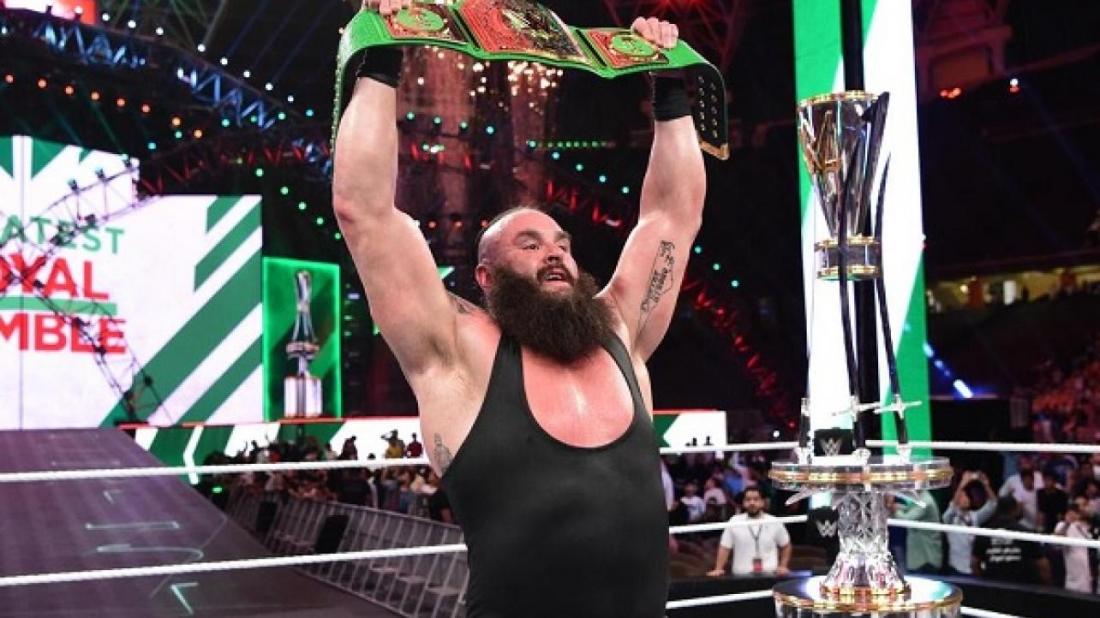 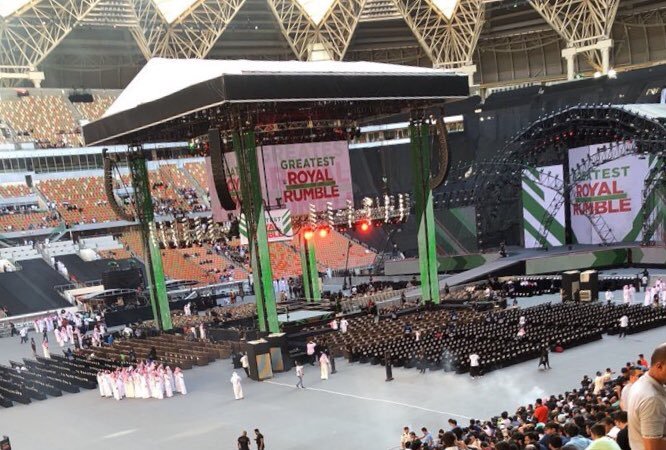 In my Previous Article, I referenced the Political Aspect of this show. With the Saudi Arabian government being anti-women, no women’s division matches have happened. With the Saudi Arabian people giving WWE a crap ton of money this show got a special stage and an arena venue. The Royal Family sat in Leather Chairs ringside and throughout the show the crowd was DEAD. 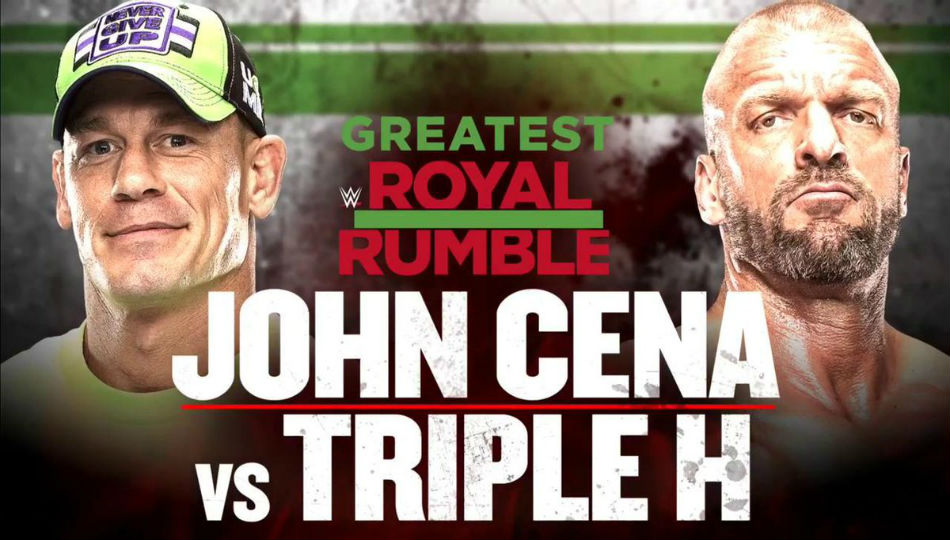 This match was exactly what you would probably expect it to be. The Finisher, Near Fall and Moment of Shock sequences, play out throughout this match. It was a surprising opener due to the star power but it helped set up the viewers for a LONG show. There was one really good near fall but the rest of the match was an exciting but slow encounter. ***1/2 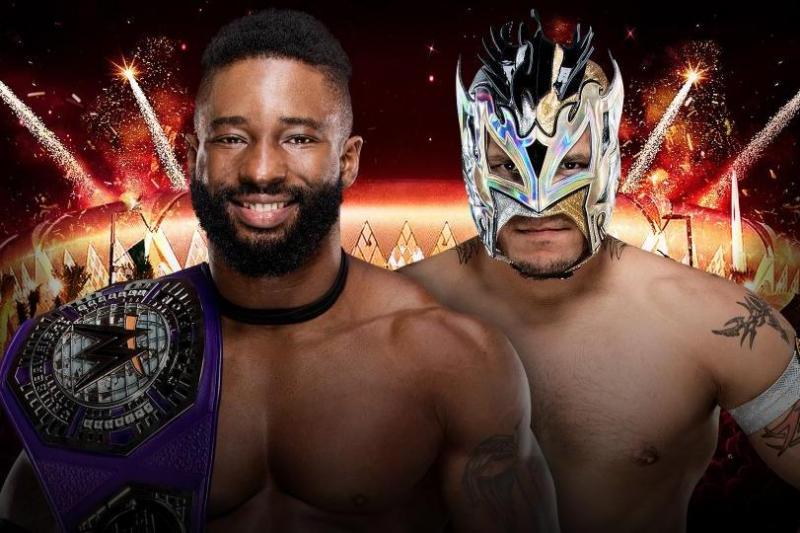 Cedric Alexander vs. Kalisto for the Cruiserweight Championship

This was easily MOTN. Cedric and Kalisto worked so well together. The Spot On dropkick Cedric Alexander hit midway through was fantastic and one of the spots of the night. WWE continued their obsession with top rope Spanish Flys which Kalisto hit to perfection. Even though the outcome was predictable, they put on quite a hard-hitting, fast-paced encounter. ****1/4

Matt Hardy and Bray Wyatt vs. The Bar for the RAW Tag Team Championship

The choice to make Bray and Matt a team was the right one. These two work so well together and have put relevance into each other’s previously unmomentous WWE Career. This was an academic tag match that was solidly slow but it had the right ending. *** 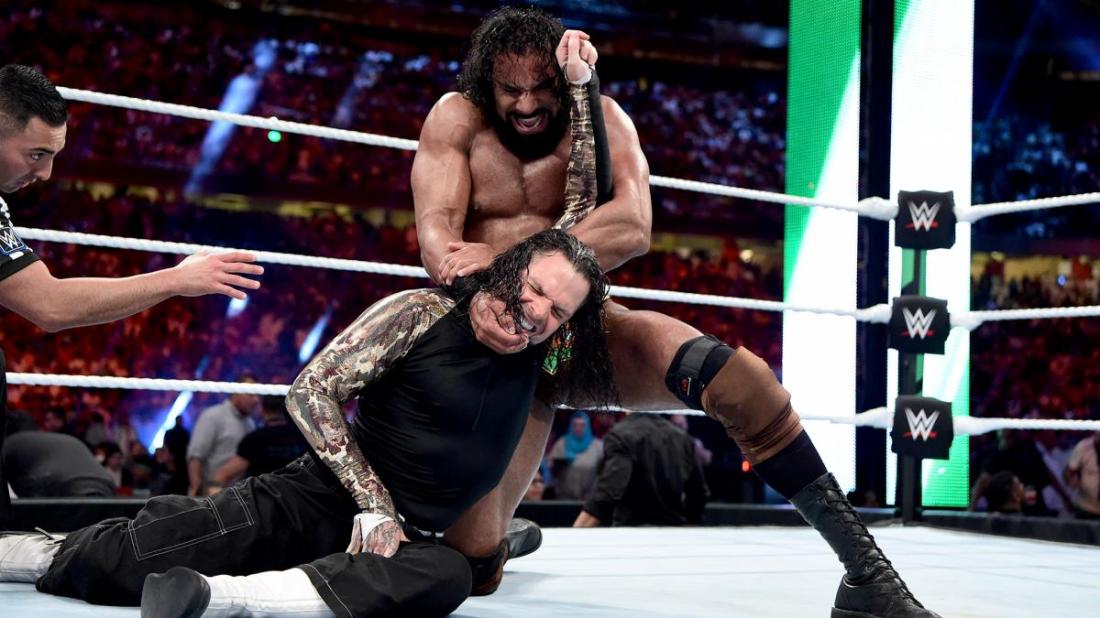 Jeff Hardy vs. Jinder Mahal for the US Championship

This is my worst reviewed match from WWE this year. It was full of botches especially the Whisper in the Wind that completely missed but was sold as if it hit with full effect. If someone didn’t know WWE was fake that was their moment of discovery. Jeff Hardy has yet to have his big comeback match and this set him back further. It lasted 5 minutes but nothing good happened. Jeff Hardy retained but even that doesn’t make this match okay. *1/2

The Usos vs. The Bludgeon Brothers for the SD Tag Championship

Based off of the reviews I’ve seen on this match so far, I’ve rated it the highest. This match was full of adrenaline and it was the first encounter that the Bludgeon’s had any vulnerability in. I really like this feud and as soon as 2B get the right opponents it will make for a great match. *** 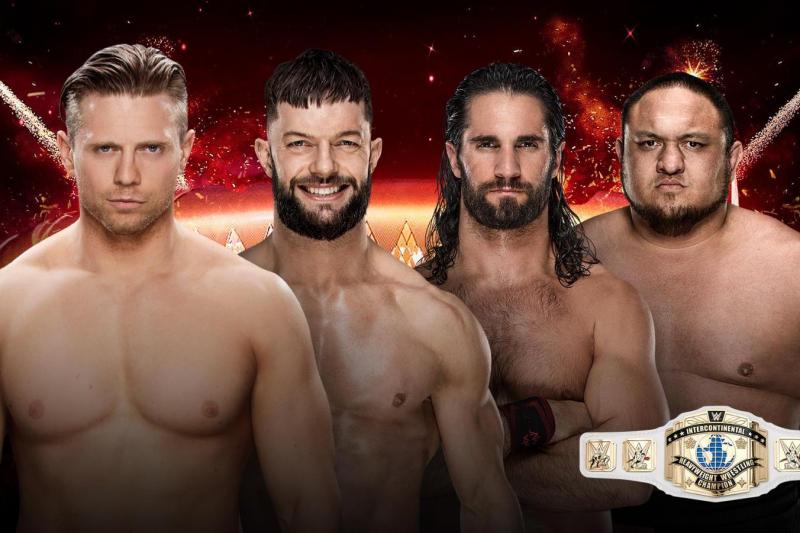 The Miz vs. Finn Balor vs. Seth Rollins vs. Samoa Joe in a Ladder Match for the Intercontinental Championship

This match is the opposite of the last one, I’ve seen some crazy good reviews for this match online and I heavily disagree. While it wasn’t close to bad it was heavily underwhelming. No huge spots happened and it felt like Samoa Joe dropped someone on a ladder a billion times. The ending was FANTASTIC though as it still made everyone look strong. Seth Rollins springboarded onto the ladder and stole the title. The ending here was one of this shows solo highlights. ***1/2

AJ Styles vs. Shinsuke Nakamura for the WWE Championship

This match started great, it had an amazing 14 minutes. I previously said that this match would make their Wrestlemania encounter look weak and it almost did. This started the shit endings doubleheader that the World Title Matches had. The Double Countout finish means that this will continue at BackLash. With, Nakamura heel this match has the dimensions to put on a WWE MOTY contender at BackLash. ***

Rusev vs. Undertaker in a Casket Match

At Wrestlemania 31, the internet wrestling community thought that Cena had buried Rusev. It turns out, 3 years later that we would get that literal visual. I’m going to make another bold prediction, either this is Rusev’s last match before his release or he just floats around as a jobber for the rest of his career. On the bright side, Rusev wasn’t dominated as he had some offense and Undertaker looked really good. This is possibly Undertaker’s best showing since his Hell in a Cell match against Brock Lesnar in 2015. This felt refreshing and definitely was more of a spectacle than a Work Rate encounter. *** 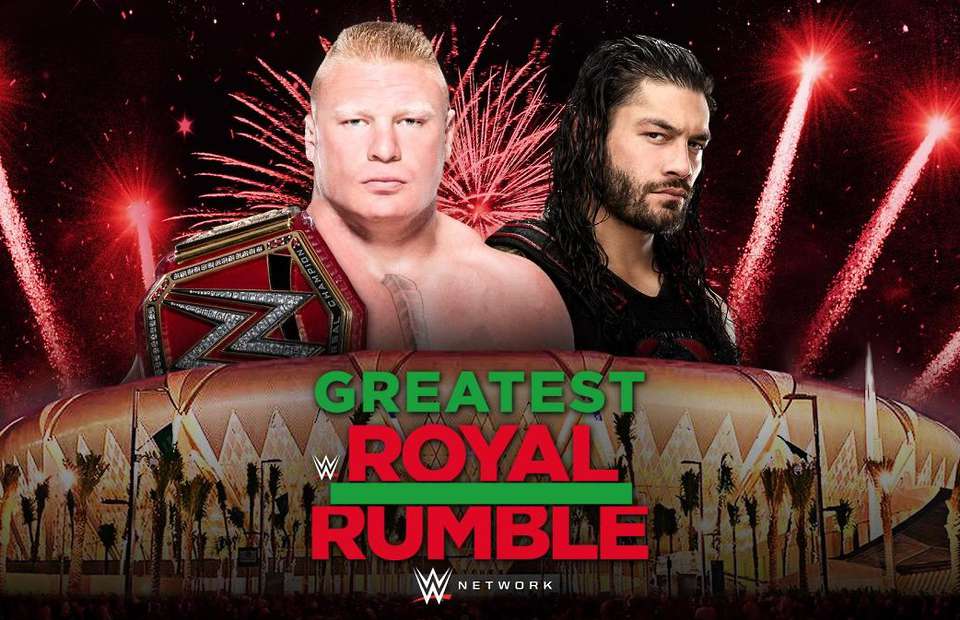 Brock Lesnar vs. Roman Reigns for the Universal Championship in a Steel Cage

This match topped their Wrestlemania 34 match by miles up until the ending. The steel cage stipulation worked wonders for both’s lacking in-ring skill. I genuinely thought that it was Roman’s moment but it wasn’t. This is scary as Lesnar is 42 days from breaking CM Punk’s Modern Day Title Record. The ending of this match was absolute bullshit. Reigns spears Lesnar through the cage wall but Reigns obviously lands first. There’s a moment of silence and I thought this was going to be how Reigns can finally beat Lesnar but nope, Lesnar gets the win. Hopefully, this makes a storyline on RAW. ***1/4 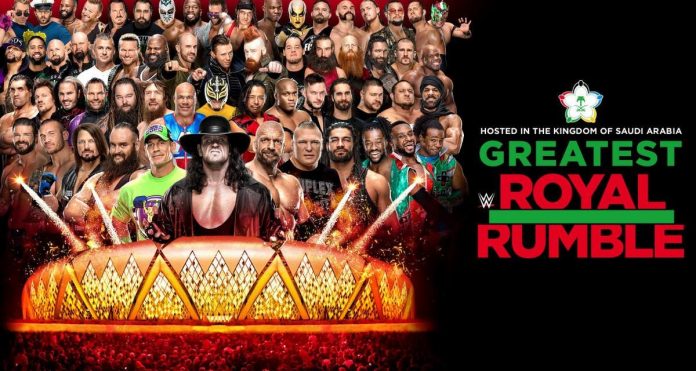 2018 is the year for WWE to put on really, really long multi-man matches with the Gauntlet Match on RAW before Elimination Chamber. Seth Rollins was the MVP of this and more impressively Daniel Bryan was the MVP here. Bryan lasted 70 plus minutes here. That was a solo highlight of this match. The entrants were underwhelming in having random people in like Babatunde, Hiroki Sumi, and Dan Matha. The winner was crazy predictable too and if I’m going to watch 77 minutes of a match there has to be some entertainment. This was too LONG and felt longer to end a 5-hour show. **3/4

Last Word: I went into this show believing that it would fix all the problems that Wrestlemania had and it didn’t really. This wasn’t too much of an issue as it turned the page to a new storyline in all matches other than the World Title Matches. The shitty endings both of those matches had taken this show down a few points even though both matches were good. I also went into it understanding the political aspects that this match had with the Royal Family and no women allowed. Speaking of, the crowd was DEAD the whole time. Cedric vs. Kalisto, The IC Ladder, Cena vs. HHH and Usos vs. 2B were the highlights. The 50 Man Rumble wasn’t close to as good as it was long. The 5 hours this show took from me felt grueling but exciting.