Rating: ***, This was a fun and fast-paced opener even with the predictable finish. Could’ve gone a little longer but both teams performed well and the Kingdom continue to be some of ROH’s Best characters. Solid start to the show.

Rating: *1/2, Words cannot explain how much I hate this feud, Bully Ray and even ROH writers for allowing shit like this to happen on a show that’s supposed to be all about wrestling. “No Filler just Thriller” right? So make it that way ROH. Bully is trash and maybe he’s just so good at his character he makes fans feel this hatred but he sucks in the ring and drives all the energy out of his matches. This match ended fast and thankfully. Flip Gordon is great however so his performance saves this match from absolute hell. 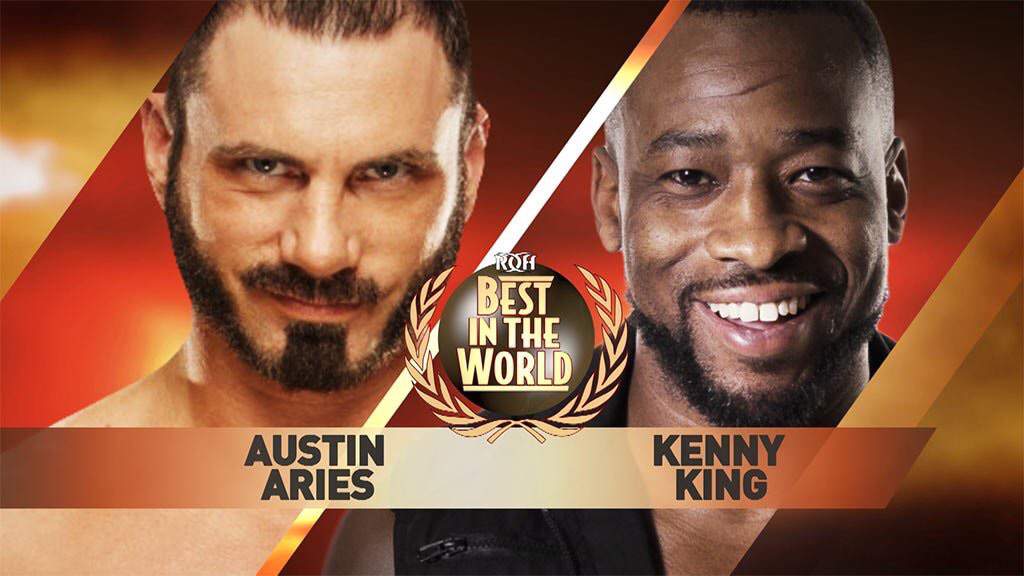 Rating: ***3/4, The match started with a technical methodic pace and evolved into a fast near-fall filled fun match. Aries was showing his character greatly while King did amazing in-ring. This is the best match so far on the card but that isn’t saying a hell of a lot. Hopefully, from here all the matches are great. The match ended a bit abruptly to get into the 4-star range but it was damn close. It will always be great to see Aries back in the ring and the crowd was hilarious in this match. The highlight spot was the enzugiri catching the suicide dive by King. Let’s continue this momentum with Kushida vs. Lethal. 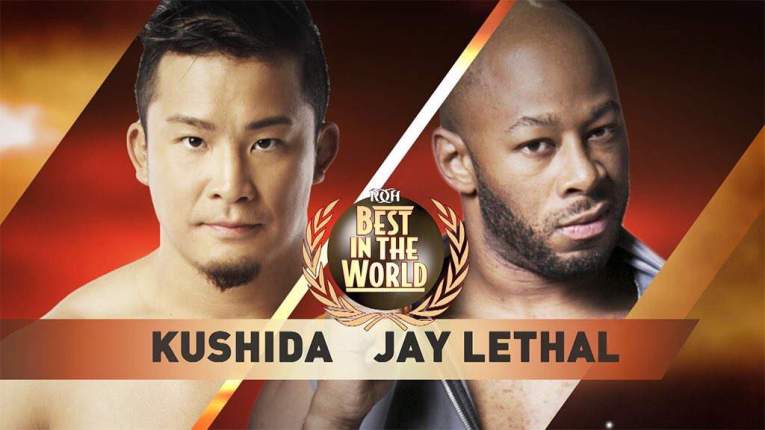 Rating: ****1/4, Yep, this match just topped Aries vs. King by a mile. This match was great and technical. This match mixed High Spots and Technical Wrestling with a good rivalry very well. Mid-match, the pace slowed down to turtle speed but they picked it back up. Kushida kept popping up and catching Lethal into different armbars and did a great job of selling the knee. The rivalry here was good too as Lethal was lost without a title and Kushida was his attempt at getting a big victory. Both of these men did very well but I wasn’t surprised that they did. These two always deliver and Kushida is having a great month. 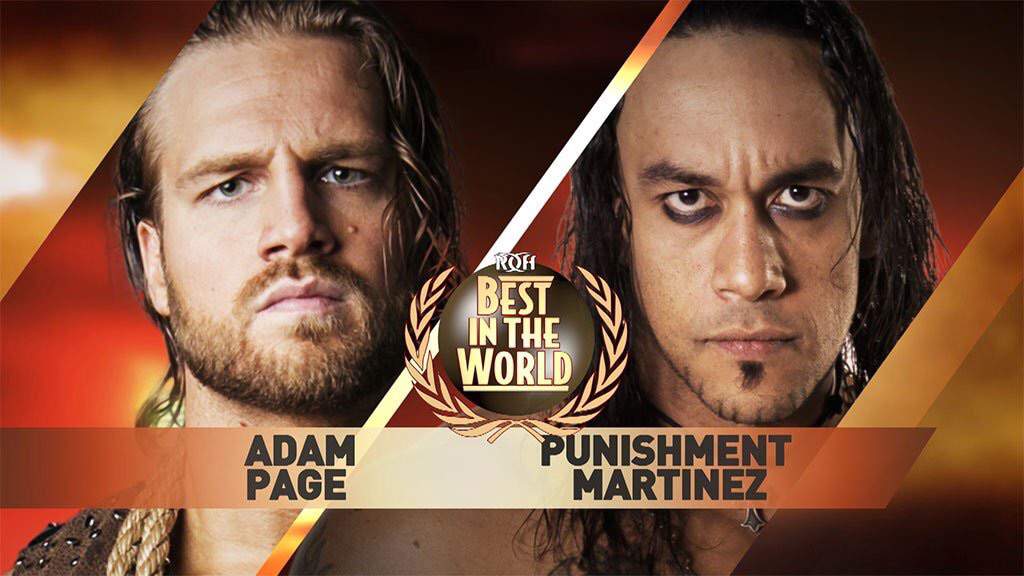 Adam Page vs. Punishment Martinez in a Street Fight for the TV Title

Rating: ***1/2, To me personally I thought this street fight was tacky (pun intended) and without much story dimension. Punishment and Page had some very good choreographed spots but in the end, the match ended up being worked a little bit underwhelming and Page very much should’ve won. After the amazing Gargano vs. Ciampa street fight 2 weeks ago this had a lot to live up to and predictably didn’t. The match itself wasn’t bad but the lack of story and logic dragged it down.

The Young Bucks vs. The Briscoes for the ROH Tag Titles

Marty Scurrl vs. Cody vs. Dalton Castle for the ROH World Title

Rating: **1/2, this match SUCKED honestly. This is one of my least favorite main events from all of 2018. Why did Castle retain? Why was Aldis there if Cody didn’t win? Why was Scurrl beefing so hard with Cody? Why was Scurrl wearing the Jericho make up? Why did the match end so abruptly? Where were all the important spots? Honestly, as being an ROH fan for a few years I have no idea. ROH books themselves into a corner and they have the talent to make these matches awesome. Even with Cody as my favorite wrestler, I can’t justify this match. I’m confused on how ROH let this main event happen to end a good show. The match quality was fine after all and only the logic dragged this down.

Last Word: This was a great show with some very good matches including Kushida vs. Lethal, Aries vs. King, Page vs. Martinez and especially The Young Bucks vs. The Briscoes. This show was dragged down by the usual ROH logic by having Castle retain in a lackluster main event and have Bully Ray stand tall over more talented people like Cheeseburger and Flip Gordon. For 2018 ROH this was a very good show.