Jeff Hardy vs. Randy Orton Hell in a Cell Match:

Rating: ***3/4, this felt like an old school brutal match. These guys went for it all and this might be my favorite Randy Orton match since the Christian feud. Jeff Hardy shined in this match and took some insane spots like the screwdriver ear and the swing off the cell ceiling. The spots were really innovative too and like nothing we’ve ever seen in HIAC which it’s rare to see WWE try anything new. However, the match was worked really slow for the majority and the ending was weird. Never before have they stopped a HIAC match because someone took a hard spot, it didn’t look like Hardy landed unsafely at all so they were just trying to sell the intensity of spot and the whole point of the cell is so these guys can go crazy without any help from the ref. This match both made the cell look brutal but also made it look like just another stipulation which is honestly what it’s become in recent years. Orton vs. Hardy was a fitting feud for the cell but this match is another reason why WWE should only bring out the cell when it’s needed. Overall, this match was a breath of fresh air even if that breath was way too long. 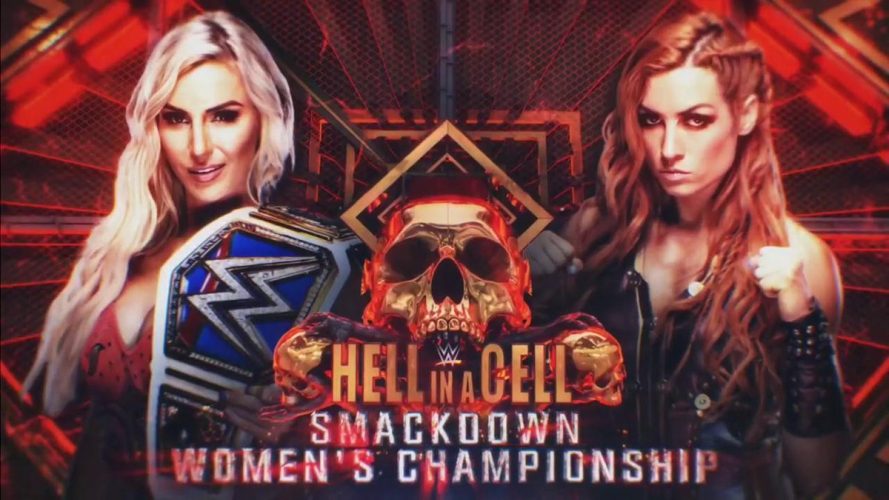 Rating: ***1/2, this was a great match with both looking really good. The story of Lynch working the arm and at the end the story of Lynch finally getting her moment made this more than a good sprint. The pacing was much better than the last match and this match was for the most part cleanly worked. Becky Lynch deserves her moment to add a chapter to this good feud. 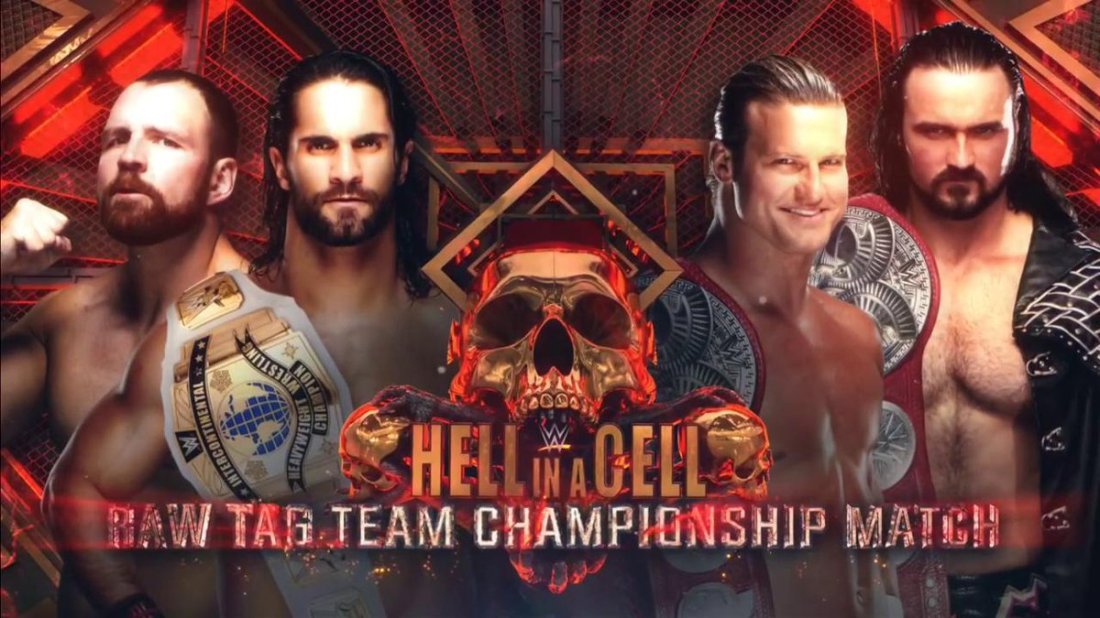 The Shield vs. Dolph Ziggler and Drew Macintyre(c) for the Raw Tag Titles:

Rating: ****1/2, while my favorite conventional main roster WWE match is still The Miz vs. Seth Rollins from BackLash this places in the top 3. Seth Rollins has been the only consistently good thing about WWE this year and he continues to prove it by using actual logic, great high spots and amazing pacing in all of his matches. The addition of Dean and Drew made the great Ziggler vs. Rollins match even better. 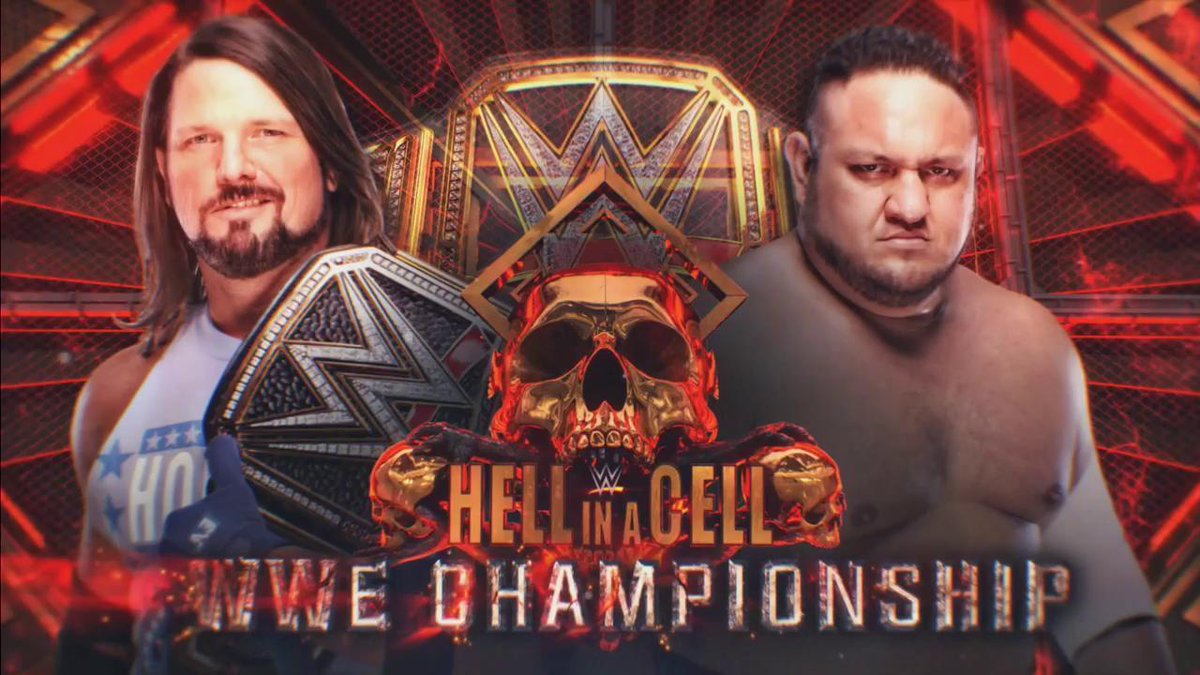 AJ Styles(c) vs. Samoa Joe for the WWE Title:

Rating: ****, for a WWE match this was really hard-hitting and some of AJ’s best work in a while. The crowd was out of it due to the live crowd for this show, frankly, just being absolute crap. These 2 were hitting big strikes and moves going off of great pacing for a while. Hopefully, they can top this match due to the finish teasing another chapter. A rare occasion where a non-finish in WWE makes me excited but it happened.

Alexa Bliss vs. Ronda Rousey(c) for the Raw Women’s Title:

Rating: ***, This match was good as Rousey held her own totally and these two put on a good long match. However, Ronda looked way too weak in this match selling the rib injury and giving Bliss the majority of the offense. 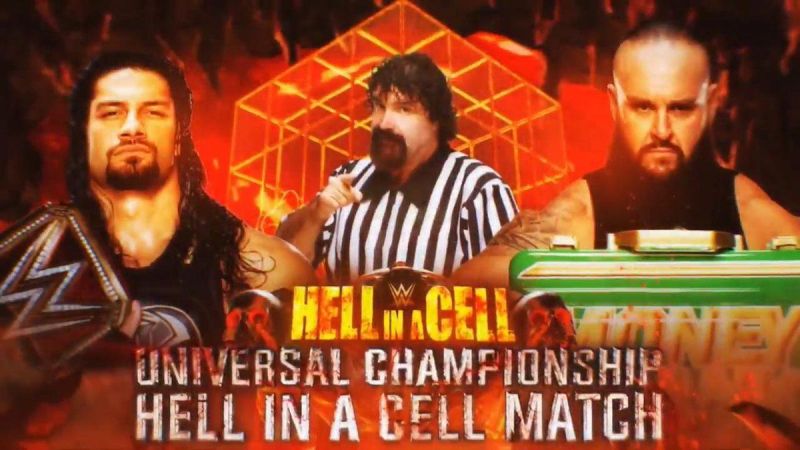 Rating: *, so much overbooking bullshit made a bad match even worse. I’m tired of WWE putting the biggest men against each other in one-dimensional boring matches. Inside the cell it was lame but Lesnar’s return and the fact that Reigns and Strowman literally sat in the ring doing nothing for 10 minutes made this a crapshoot. I heavily dislike Braun Strowman and this continues my case that he’s no longer what he used to be, now he’s an annoying, whiny and boring big man in total contrary to what he used to be just a few months ago on raw. Reigns being bad still isn’t his fault at all. This match had nothing working for it in-ring and while it could’ve been a fun and insane spotfest WWE literally messed it all up and ended a HIAC match in a no contest. This show made the HIAC just another stipulation washed over in the system.

Last Word: The in-cell work tonight was stuff of nightmares, both matches made the HIAC look like a bitch boy palace with both matches ending in the referees deciding that the comabtants were too hurt. Just to double check, this is Hell in a Cell right?? The same stipulation that had Mick Foley’s teeth shoved out of his mouth and into his nose and he had to wrestle the rest of the match after multiple 20+ foot falls against the Undertaker?? Okay, so tell me why Brock Lesnar’s F5 is more brutal than a fall into thumbtacks or a fall through the cell. Is swinging off the cell ceiling more brutal either? No, the hell in a cell is a bitch boy palace now. Regardless, what was out of the cell on this show was stellar. The Drew and Dolph vs The Shield and Styles vs. Joe were very good while Lynch vs. Flair and Rousey vs. Bliss were both good. The show started well with the Orton vs. Hardy clash that even though ended really bad had a couple great brutal spots and the quality either got better or remained the same until the atrocious main event and ending.