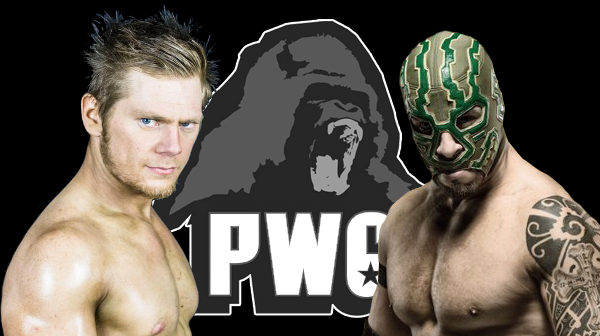 Rating: ***1/2, This was a great high flying encounter with some ridiculous spots as you would come to expect from PWG. The match was a solid opener for the tournament and sets a tone for the great night of action to come. The match moved really well and both men worked very cleanly which often isn’t the case in a big risk big flips match like this. 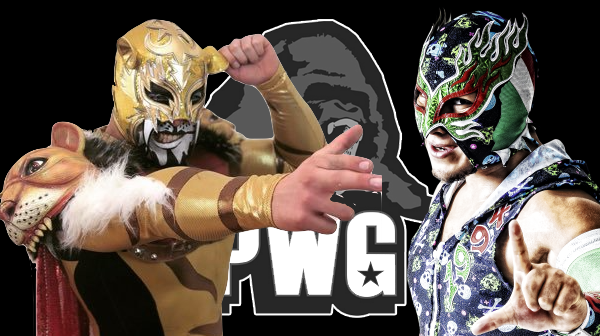 Puma King vs Flamita First Round:

Rating: ***3/4, Puma King is really impressive and he does a lot of moves in this match that a man his size shouldn’t be able to do. This was my first exposure to PK and I was impressed although slightly weirded out at his whole Act Like a Cat persona. Flamita is one of the best luchadors in the world right now. The match was impressive however had some very similar spots to the match right before it and was at a weaker pace with less drama. Without context, this match is a good outing for both men that was a very entertaining lucha clash. 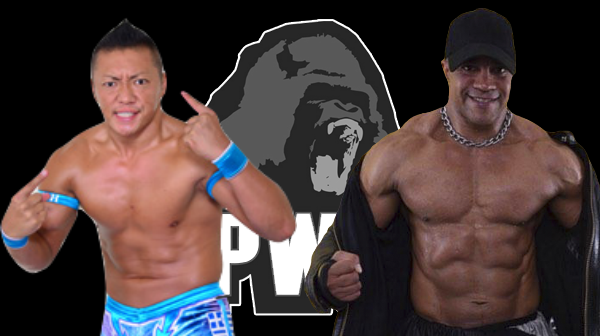 CIMA vs. Jody Fleisch First Round:

Rating:***, Other than the awesome springboard off the wall by Jody this match never got going in comparison to the 2 before it. 3 minutes of the match time was spent playing to the crowd. Fleisch turned in a very impressive performance but Cima didn’t really impress me all that much and this is my first time watching either. The match was pretty good for the closing stretch but also was given a bit of a dead spot after 2 very good matches before this.

T-Hawk vs Bandido First Round Match:

Rating: ****1/2, This match hit hard as hell. T-Hawk is an incredible striker and Bandito’s chest got messed up by the end. These 2 threw everything at each other strike-wise and it was an awesome match that kept it’s tight pace through it’s short runtime. Bandito turns in another great showing in 2018 and this match was a very fun watch. The 2 were very evenly matched but Bandito picked up the win with his awesome flipping fallaway slam finisher.

Rating: ****1/2, This is the most Americanized match of the night and another absolute banger. Like the previous match, this match hit hard but the highlight of this match was the Reverse DDT on the apron by Janela and the insane dive sequence. These guys have great chemistry and I have yet to see a bad David Starr match. Starr ramps up the momentum in the closing stretches of a match like few other wrestlers I’ve seen and that happened again here with a very tight closing sequence. These 2 put on a brutally fun encounter.

Rating: ****, These super heavyweights did more impressive acts of agility than you would ever expect them to. PCO was an absolute beast and Brody King worked cleanly. Even though PCO wasn’t exactly both-free he took the moonsault miss like he wasn’t phased and went and hit another one. PCO’s thing is that he isn’t human and he genuinely acts like it.

Rating: ****1/4, Another match that hit brutally hard and this time it was between 4 international stars. This was a very technical tag match but had a lot of very exciting moments. The creativity in how to blast your opponent with the hardest strike got very high towards the end and as always Walter was great. Ilja Dragunov makes his American Debut and a week after BOLA finished up he had an amazing match with Pete Dunne in his Progress debut so Ilja has been making big moves the past few months. Shingo Takagi had his first exposure to me in this match and even though him and Thatcher kind of took a backseat to Ilja and Walter’s performance they both shined on a smaller stage than what they are used to. While this wasn’t the MOTN, it was a very good hard hitting match but it lacked some of the drama that a tournament match would’ve had.

Last Word: While I’m watching this show on DVD a few months after it happened because my DVDs just arrived in the mail, the matches on this card have made a rumble in the wrestling world and for good reason. This 7 match card only had 3 matches under 4 stars and this is just Stage One. The drama will increase and so will the pure talent level as the tournament goes on. The MOTN, in my opinion, is Joey Janela vs. David Starr as it felt fresh and delivered riskier spots than just chopping the shit out of each other. There were so many chops on this show that by the Main Event it seemed like the move had no more prestige. This show delivered some bangers and set the tone for the 2 nights of BOLA to come.