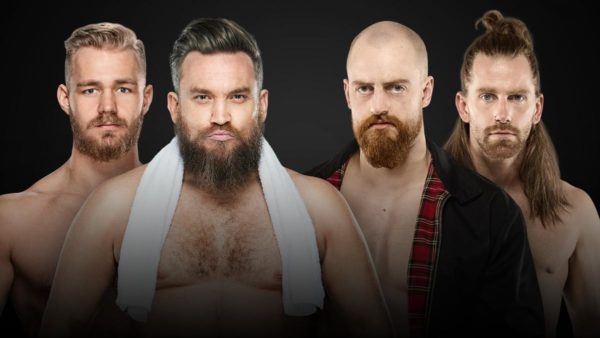 Rating: ****3/4, Peak Tag Team work from some of the best in the game right now. The match built around a great layout on the isolation of Seven building the match up until the insane hot tag by Bate which unglued the match as it diverged into chaos. Mustache Mountain did some of their normal spots but Bate included an insane double airplane spin and the heel work of GYV was amazing. Nothing was better than the Doomsday Suicide Dive from GYV in this match either as that’s probably my favorite spot of the year so far.

Rating: ***3/4, A really good hard-hitting and high-flying encounter from two wrestlers with very similar looks and styles but the main thing separating them was Devlin’s great heel work selling the dynamic of being the disgraced mentee and Finn Balor being a great bold babyface who got insane crowd support. The match ran at a solid pace and momentarily kicked into top gear with some solid near falls and big moves but the star of the show was how big the match felt. Jordan Devlin really deserves to be the flagship of NXT UK however I feel like he will always be in the shadow of Balor which made me disappointed that he caught the loss in clean fashion in this match. 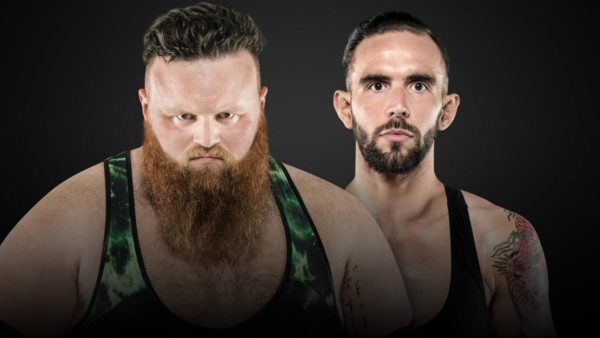 Rating: ****1/4, These two big dudes just hit each other really hard for 10 minutes. Dennis showed some incredible strength and Mastiff worked the hardcore style really well. This was a smartly worked match with some great spots like the combo onto the exposed floor by Mastiff and the Swinging Uranage by Dennis onto the steps. Big dudes clobbering the hell out of each other on a good pace is always good but throw in two guys who match their size with athleticism and some weapons for some good measure it makes a more than worthwhile 10 minutes. 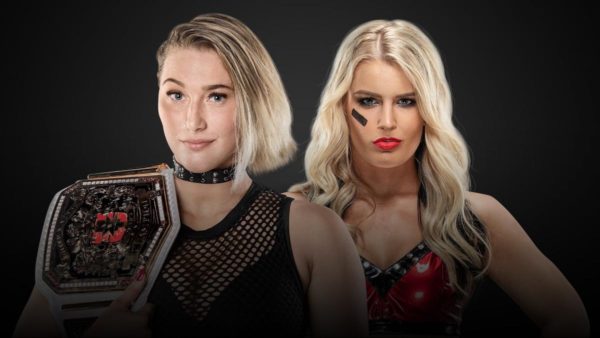 Rating: ***1/4, While much of the match was slow and Ripley was dominating there was a very good story in Storm beating the odds and becoming champion. Storm looked amazing for her first match back from her troubles and Ripley played a great dominant heel but Storm kept fighting with some great near falls and the speed gradually increasing over time. The match was played out really well but lacked some of the drama it could’ve had and the crowd seemed the least invested for this match of any tonight but that still means the crowd played a big role because this crowd is amazing. 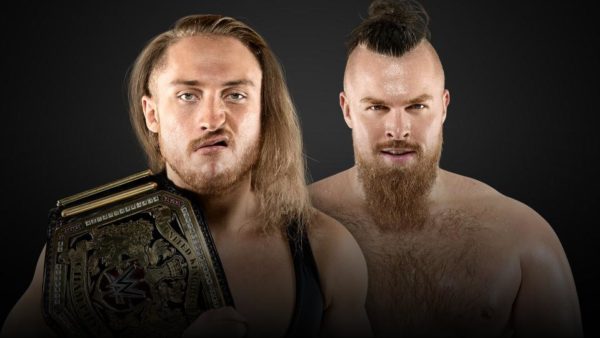 Rating: *****, Yeah okay this wasn’t a perfect match. The botch towards the end is not as close to as bad as people are saying it is. Coffey falling off the top rope is absolutely no big deal and it looked like Dunne pushed him and they shrugged it off and continued the incredible incredible match. There’s so much to talk about, this was an all-around amazing technical, striking, and high-flying match with too many amazing spots to talk about. The crowd was incredible here too adding so much intensity and urgency to the breakneck speed these guys were going. The near falls were absolutely bloody incredible and both sold the match as it was a life or death scenario. I like this better than Dunne vs. Bate from Takeover Chicago, and all Progress matches other than Walter vs. Tyler Bate that I’ve seen so far. Also, might be a bit of a stretch but I also like this better than Kenny Omega vs. Hiroshi Tanahashi. This was a more entertaining and electrifying match than the Wrestle Kingdom main event even though that meant much more to the wrestling landscape in 2019. Incredible work and sets the tone for NXT UK to run wrestling in 2019. Progress, the ball is in your court.

Last Word: As an idea, I don’t love NXT UK as a promotion. WWE doesn’t need to create more content as they are right now with the Main Roster and 205 Live and NXT US they are stretching themselves too thin. Also, NXT UK kills a promotion I love in Progress, WWE takes their main wrestlers like Walter and British Strong Style and forces Progress to almost die in silence unless they can find a new wave of talent that can have banger matches and not want WWE money just yet. However, the wrestling fan in me is willing to forgive sin if it is to be for a good wrestling future. This show made me forgive NXT UK for what they have done to the UK scene and WWE itself. Starting off, the show had one of the tightest cards I’ve seen in a while with every match delivering quality which is what we’ve come to expect from a Triple H produced show. Coffey vs. Dunne is my MOTY so far, GYV vs. Mustache Mountain is one of the peak tag matches I’ve ever seen, and the rest of the card delivered fun moments like Balor’s appearance, Dennis vs. Mastiff, and Storm winning the title coming back from adversity. Truly, an incredible show for the risks it took, however, it doesn’t rank in the top Takeovers from 2018 which is just a testament to how good NXT US is. Hopefully, NXT UK doesn’t stretch NXT US too thin and suicide both companies.